different nationalities are perceived. Sometimes a person does not need to know somebody to make a judgment about them. Such national discrimination starts as early as at school.

Because schools work like small societies, it is fairly easy to observe behaviours of certain groups towards others. Using the survey done at one of British schools in Chelmsford, Essex, it is easy to find that the school is attended by several nationalities: 68% of English, 21% of Chinese, 7% of both Spanish and Mexican and 4% of Polish and German students. The students had to complete a questionnaire and were asked questions on their attitude towards different nationalities.

The first group includes English students who are not willing to mix up with students of any other national background. They prefer to stay within an English group of people as they share the same interests, behaviour, likes or dislikes. Moreover, most English people are reluctant towards other nationalities. They don’t particularly like Chinese as they tend to get better marks than them. Spanish and Mexicans, in their opinion, are poor at English and don’t understand simple jokes or sayings. Whereas Polish and Germans are considered to be more hard working and usually doing better than them, which is unacceptable for English students in English school. This opinion is typical, because it is shared by almost 90% of all British children learning there.

The next group includes Chinese students who, on the other hand, discriminate against English in particular. It is because English students, especially those of rich families, are badly-behaved. This is completely opposite to Chinese, who are very obedient and polite. The conflict grows mostly because all the teachers praise Chinese for their effort and attainment whereas English are often reproached for their laziness and telling back. These group of children are the best example of people discriminating native speakers while their stay in TLC country.

In addition to these two groups, there is another group: Spanish and Mexicans who behave in a similar way to English people. They are not particularly fond of spending time with students from any other nations. They do not accept any help, although their English tends to be very poor. They also offer no help as they prefer to stay away from any foreigners, as they do not think highly of them. They feel most comfortable in their own company and if they do not have to speak English. This opinion is shared by almost 85% of that nationality group and it is an exellent example of discriminating foreigners that can lead to xenophobia.

And finally, Polish and Germans usually accept the fact that they are in a foreign country and that they have to adapt to different rules and culture. They spend quite a lot of time with their English mates and they do not complain about it. The only people that they are jealous of are Chinese. Because Polish and Germans like scientific subjects, in contrast to English, who tend to be hopeless at science, it is hard for them to accept the fact that Chinese are always better. It causes, for example, some unwillingness on Polish and German part to spend time with their Chinese mates. It also sometimes leads to some rude comments and racist remarks when it comes to classroom rivalry.

All in all, for many people discrimination is a strong word and does not mean mere unwillingness or dislike. Nevertheless, it starts at this stage and grows more powerful with age. At school, students usually are not yet aware that what is now perceived as being reluctant to mix up with others on the basis of their national or racial background, may become a very serious social problem later on. However, the cultural differences are yet too big to fight it. The only thing left is hope that future generations will be more willing to accept other nations as equal, as we are all in the same boat. 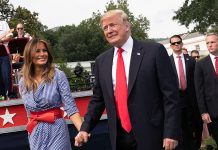 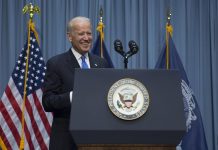