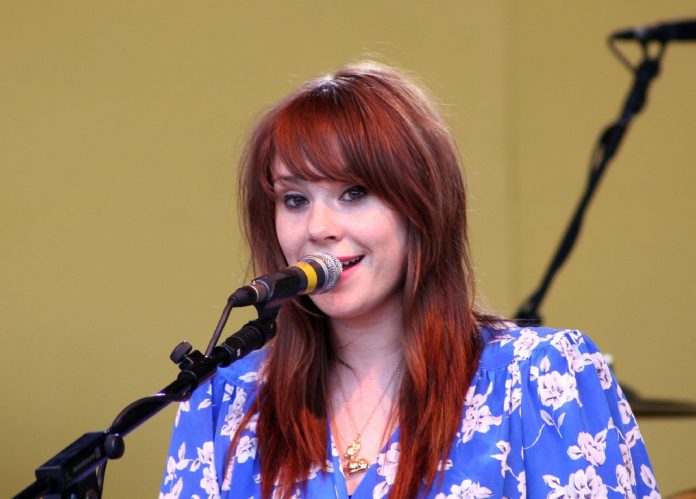 A public figure is a person for whom their image and popularity are extremely important. That is why pop stars always try to speak and behave in such a way, that their fans (mostly young people, teenagers) would admire them. The rising popularity of Cockney could not remain unnoticed and many public figures of different professions have decided to make their accents more Cockney-like. As a result, there are many Mockneys (Mockney speakers), who want to project their image on the basis of a trendy lower-class accent. As it is widely described later, adopting another accent is not easy and in most cases not fully successful; in some situations it can sound affected and odd. Nevertheless, it does not discourage the masses from learning popular Cockney.
Kate Nash is the best example of a person who decided to adopt Cockney in order to start her music career and gain fans. She was born in 1987 in a middle-class family in London. Her father is English and her mother Irish. She studied at the BRIT School for Performing Arts and Technology in South London, where she was taught the RP pronunciation. However, living in London all her life made her familiar with the Cockney accent and, finally (when starting her career), she adopted it. She did it, because she saw the great success of Lily Allen, a 2-year older singer from London, who also adopted Cockney. Unfortunately, except for the fact that Nash tries to speak Cockney all the time, it is not the same accent that we can hear in London. To be precise, she uses a mixture of RP, Estuary English and Cockney. What is more, many people claim she still sounds too “posh” and that her struggle to adopt the proper Cockney failed. All these make her Mockney a very interesting accent to investigate.
When Kate Nash recorded her first single “Caroline’s a Victim”, she was tracing not only the Cockney accent, but also the music of the older singer. It soon turned out to be a total success – her single was sold in many copies and people started to call her “The New Lily Allen”. The real love for songs with Cockney accent emerged when Kate Nash released her second single “Foundations”. The song was very popular and it reached number 2 in the United Kingdom Single Chart. When Nash got into the public eye, she started to give numerous interviews concerning her career and acquired accent. One of the interviews with her was held in The Album Chart Show on 19th August 2007 and is described below.
Characteristic features of Cockney pronunciation in Nash’s speech are: g-dropping, (e.g. talkin, enjoyin, tryin) and glottal stops (e.g. in: li?e, star?ed, recen?ly). However, she does not use h-dropping and she pronounces /h/ sound in many words (e.g. head, have). What is more, Kate Nash uses monophthongisation only partly and sometimes she pronounces words in a more Estuary English way, e.g. ara?nd, aba?t, a?tside, etc., and a bit later she does the same using Cockney features: somehæ:, fæ:nd. What may seem a bit inconsistent is that she uses /?/ in words: whenev? and numb?, but when the interviewer starts to ask about articulation in a song “Foundations”, Nash modifies her pronunciation and while answering uses very open /?/: bitt?, litt?, pitt?. Last, but not least, /a?/ sound stays unchanged: e.g. fa?nd, ka?nd, tra?.
This paper focuses on adopting Cockney features, not on Cockney itself, but it is worth comparing Kate Nash’s accent with an urban London accent of another singer, Jamie T (Jamie Alexander Treays). His lower-class, vulgar language in a song “Sheila”, is a good example of Cockney. The characteristic features of the singer’s pronunciation are: glottal stops (e.g. ou?, ge?s,be?er, carpe?), g-dropping (e.g. kickin, comin, doin), monophthongisation of (e.g. æ:t, abæ:t), open /?/ (e.g. fell?, bett?) and many others. Many of these changes lead to assimilation, which in turn may be the main cause of misunderstanding. The rapped song “Sheila” was transcribed on many English websites, and there were huge variances as to the lyrics. The best example is the line “Her lingo went from the cockney to the gringo” which is also transcribed as: “A lean girl went from the cotty to the gringo”. The ambiguity of Cockney may lead to a conclusion that Kate Nash’s Mockney does not have to be a failure (as it was suggested above). The singer might have wanted to be fully understood and in order to do so, she resigned to adopt some parts of the Cockney accent.
Comparing Kate Nash’s pronunciation with that of Jamie T, we may come to the conclusion, that the former singer, by changing her accent (despite all arguments above), made a hazardous experiment and exposed herself to the risk of becoming a figure of fun. Natasha Bedingfield, born in Surrey near London, criticised both: Lily Allen and Kate Nash and said they should “ditch their strong London singing accents.” After a while she added: “When I was in England last year it was all about girls with Cockney accents – Lily Allen and Kate Nash. It's all inspired by people like (U.K. rappers) The Streets and Dizzee Rascal. I liked it but I'll be happy when normal voices come back”. On the Internet, there are also some sketches concerning Kate Nash’s pronunciation, for example the one called: “Well Posh – Mouthwash by Kate Nash Parody”. This clearly shows that there is a fine line between a popular celebrity and a laughing stock, and while adopting another accent, a person should be extremely scrupulous. Nevertheless, Kate Nash’s accent used in her songs brought her a great fame and people criticizing her belong to minority.
Buy my e-book "British Accents: Cockney, RP, Estuary English" http://www.przegladdziennikarski.pl/jezyki-obce/english/e-book-british-accents-cockney-rp-estuary-english/