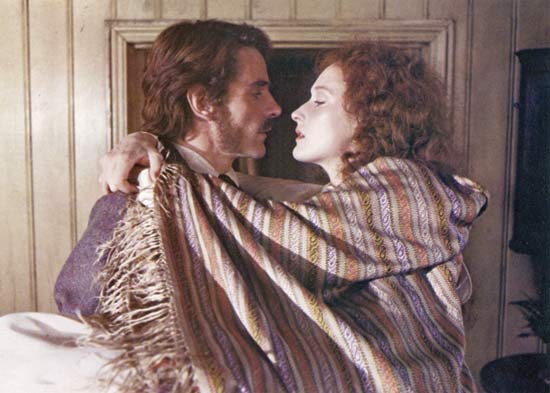 „The Cobb” is a well known wall in Lyme Regis, at the harbour, where beautiful and mysterious Sarah, a character from The French Lieutenant’s Woman, first occurred to the reader. Earlier, in 1818, the same place was an inspiration for the Victorian writer Jane Austen in her novel Persuasion. The setting, both romantic and naturalist suited both writers, although there was a 151-year span between both novels.

John Fowles, modelling his work on traditional English novel and incorporating contemporary elements, obtained a unique effect, which we can find in The French Lieutenant’s Woman. Marguerite Alexander in his book Flights from Realism, rightly noticed that „on one level The French Lieutenant’s Woman is both a historical novel set in the Victorian period and a close parody of Victorian fiction.”[1]

Both protagonists, Sarah Woodruff and Charles Smithson, combine strictly Victorian traits, which confronted with a twentieth- century perspective, give the most ironic picture. Sarah, a girl brought up in Lyme, in fearsomely pious environment becomes a victim of gossip and an example of a fallen woman. As the action progresses, the readers get to know that this rebellious young lady has done nothing wrong, however, the rejection and isolation that she is facing is something that she has chosen almost willingly.

Women in Victorian novel tend to be like Sarah, mysterious, Shynx-like figures. John Fowles had a vision that haunted him for some time. He said:

It started four or five months ago as a visual image. A woman stands at the end of a deserted quay and stares out to sea. That was all. The image rose in my mind one morning when I was still in bed half asleep… It was obviously mysterious. It was vaguely romantic. It also seemed, perhaps because of the latter quality, not to belong to today. The woman obstinately refused to stare out of the window of an airport lounge; it had to be this ancient quay…The woman had no face, no particular degree of sexuality. But she was Victorian; and since I always saw her in the same static long shot, with her back turned, she represented a reproach on the Victorian Age. An outcast. I didn’t know her crime…[3]

That is how Sarah came into being. Her existence, not only her person, is Victorian. She hides from the society, trying to be invisible. Her surpressed sexuality becomes vivid only during her meetings with Charles. The quiet town of Lyme Regis, so much Victorian in Fowles’ novel, becomes her nightmare. The romantic atmosphere becomes ironically opressive and seems to be haunting Sarah every single day. She feels free only in woods or far away from others and that is why the readers meet her for the first time in the harbour, staring at the sea.

Sarah Woodruff, being exactly as the author wanted her to be, is a complete opposite to Charles Smithson, who „is a character whose will works independently of his author’s”.[4] He is at the very beginning a Victorian gentleman, who likes his leisure time, foreign travels and the fact of belonging to aristocracy. His conformity and order in his life is almost frightening. Therefore, when he encounters Sarah Woodruff, his life is shattered. He cannot come back to reality; the intimacy that he is offered by this mysterious woman overwhelms him. „Science leads Charles to Sarah. One day while searching for fossils of extinct species, he chances upon her, a new species, and ‚the whole Victorian age was lost’. Charles sees in Sarah a sexual fulfillment.”[5] It may be interpreted very literally, mainly, that the whole Victorian era cared mostly about this particular thing: sexual fulfillment. On the other hand, the almost paternal relationship with Ernestina was not the thing that would satisfy him. Charles, however, did not choose emotions and physicality straight away, as would do a modern lover. It took him a while before he decided to break this Victorian convention, which is break up the engagement with Ernestina, leave all his material goods, forget about his good name and reputation and join the one he loved. 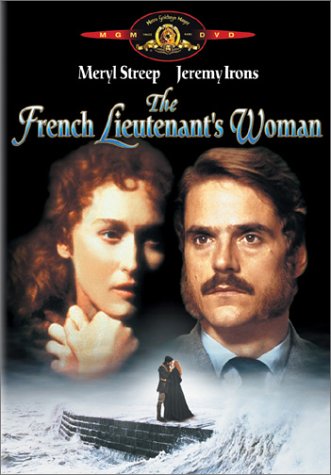 „The Eden-like world in which Charles and Sarah conduct the early stages of their romance and hold their increasingly passionate trysts, seems at first a world of which Fowles can only approve: it must surely stand for Nature and Life against the dead world of social convention, the ‚hothouse’ in which the engagement of Charles and Ernestina is cemented.[6]

The love story of these two and the Victorian background no longer exist after the memorable night that they spent together and which one was to dissipate all the doubts connected with the mystery of Sarah. The climax of the story is when Charles gets to know about her innocence and decides to stay with her.

Instead of a happy end, however, the readers are given unclear ending, or even two, as some critics claim, and are faced with a complete change of action. The novel, from the Victorian setting, changes rapidly to America. Peter Conradi called it „a new home of the New Woman”,[7] where Charles finds her. Nevertheless, nothing there is the same again. From Victorian mood, the readers now move to modern outlook on life and freedom, and witness the transformation of Sarah Woodruff into an independent and self-confident person.

All in all, the irony with which Victorian times are presented in the novel, disappears at this point, when the readers, a bit disappointed with the ending, might look back with nostalgy at the order of the things that was presented at the beginning of the work. Hypocrisy, however bad, will always accompany mankind, whatever the times, but the feeling of being together, a sense of family and a place of one’s own, is something that Victorians may be proud of.

[3] Neil NcEwan, The Survival of the Novel; British Fiction in the Later Twentieth Century, London and Basingstoke, The Macmillan Press Ltd, 1983:22.