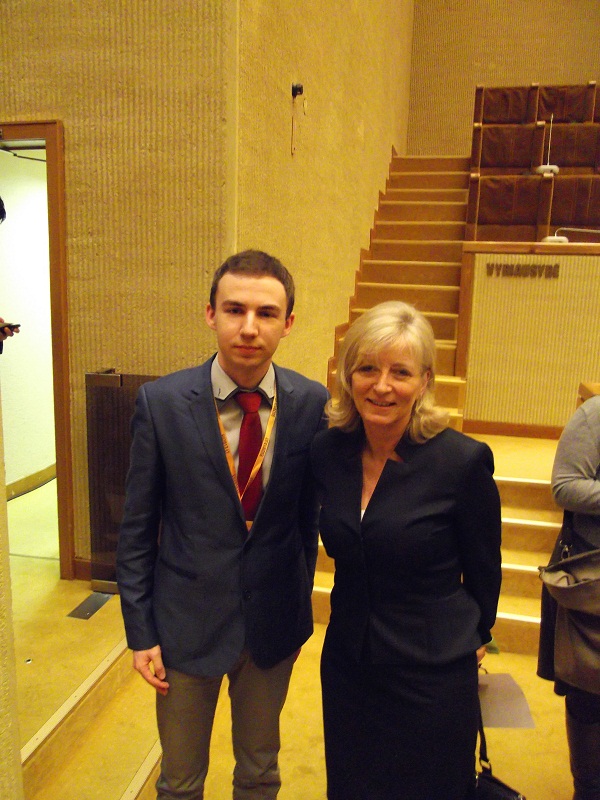 The „Journalistic Review” ( www.przegladdziennikarski.pl / www.przegladdziennikarski.pl / www.journalisticreview.com ) is an online magazine, whose goal is to be the most important independent, pro-European and pro-human rights media influencing Polish public opinion and Polish ruling class, politics and business and being a guard of transparency, minority rights, and the highest standards of democracy, which – in turn – will bring positive effects to the city of Lodz, Poland and the European Union.

I created the „Journalistic Review / Przeglad Dziennikarski” in 2007 and published there my articles in both languages: Polish and English (on 29th March 2016 it will be its nineth anniversary). At the beginning (from 2007 until 2011) the website was called „Journalist Blog / Blog Dziennikarski”. The website and posted entries quickly gained much recognition not only in Poland, but also in the whole Europe. In 2008 the European Commission awarded me with the EU Journalist Award 2008 “For Diversity. Against Discrimination. Special Award on the Roma” in the United Kingdom for the article called „The Bleeding Gypsy Heart”.

One year later, in 2009, I won the first prize in “The Best Blogger of 2008” for the website. For my article concerning Poland-EU relations I also got a distinction in a journalist contest organised by the Polish Robert Schuman Foundation “Does Europe need another Robert Schuman?” The website was getting more and more attention from Polish society, and both: Polish and European media.

In 2010 I received the first prize and a prestigious title “The Citizen Journalist of 2009” in Warsaw. In 2011, I won the first prize in the contest “Polish diversity” and my website received a title “the Best Polish Blog of 2010” in a contest organised by The World Internet Foundation and the Polish Ministry of Infrastructure. I also obtained the title Good Samaritan in the plebiscite “Good Samaritan of 2010” and won the contest „How to spend the EU budget?” organised by the European People’s Party – the biggest political group in the European Parliament, the President of the EP and the Budget and Financial Programming Commissioner of the European Commission.

That year was also the moment, when I decided to develop my initiative and invite other journalists and writers to take part in it. The website was becoming more and more popular and again it won the title „the Best Blog of 2011„. After that I changed the design of the website and the title „Journalist Blog / Blog Dziennikarski” to „Journalistic Review / Przeglad Dziennikarski.”

For my active contribution in social and political life in Poland, I was chosen by the Heinz-Schwarzkopf Foundation in Berlin as one of the five finalists of the contest Young European of the Year 2011. The jury stated that my work and the Journalistic Review „had an exemplary contribution to the European integration and understanding between nations.”

The „Journalistic Review” – our team and work

Pawel Rogalinski and the „Journalistic Review” – our challenge and target group