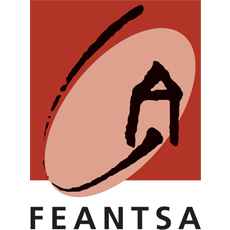 A proposal to amend the law on criminal offences was debated yesterday in the National Defence and Law Enforcement Committee of the Hungarian Parliament. The proposal says people “found guilty of rough sleeping” within six months of first receiving a fine for this “offence” should be obliged to pay a fine of 600€, or be imprisoned if they cannot pay it.
This proposal is the latest step in what can only be considered a concerted attack on homeless people taking place in Hungary. Previous punitive steps included the expulsion of homeless people from public spaces and a Budapest City Council decree that makes sleeping on the street an offence and subjects people sleeping rough to fines and detention.
These punitive measures, which stigmatise and criminalise homeless people, are cruel, since they punish the most vulnerable. Criminalisation means an additional and more serious stigma which further jeopardizes homeless people’s chances of social or labour market integration. The measures are also ineffective, since they only make homeless people invisible but do not offer real, sustainable solutions to homelessness.
The proposed amendment is also contrary to Hungarian constitutional principles as well as international human rights law. Such hefty fines, not to mention the possibility of a prison sentence, are obviously disproportionate with the offence they seek to sanction. They are inhuman and violate vulnerable persons’ rights to equal treatment and human dignity.
The drafters of the proposal argue that imprisoning homeless people is a more “dissuasive” form of sanction than fines. This is very cynical and ignores the fact that homeless people are often obliged to use public space to survive because of a lack of services, especially ones adapted to their needs. Sometimes there are no services at all. Framing homelessness as an offence subtracts the question of homelessness from social policies. It also constitutes a denial of state responsibility for what is often a result of structural problems and belies a culture of blaming homeless people for their situation.
The European Union has made commitments to work towards ending homelessness, including a target to end street homelessness by 2015, not by imprisoning vulnerable people but by developing concerted efforts to tackle this societal problem. Measures proven to make a difference to rough sleeping include providing adequate alternatives, considering homeless people’s needs, quality emergency accommodation or long-term housing and prevention policies.
FEANTSA strongly opposes measures that criminalise homelessness and recommends improving homelessness services, increasing social housing and improving housing assistance. We also recommend developing a long-term and strategic approach to ending homelessness. Such a strategy is not only more humane, it is more effective.
For further information, please contact FEANTSA Communications Officer