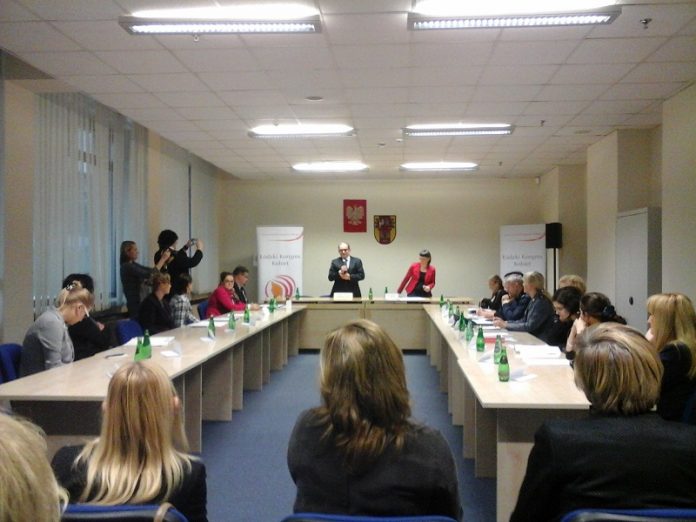 Danny Sriskandarajah, the Director-General of CIVICUS: World Alliance for Citizen Participation, is talking to Pawel Rogalinski about civil society and political manipulation during the European Year of Citizens Closing Conference organized in Vilnius.

Pawel Rogalinski: – What is the main goal of the European Year of Citizens?

Danny Sriskandarajah: – There are two aims. The first one is that every citizen, every resident of Europe should know their rights and their entitlements. And the ability to exercise those rights, to be active citizens, to take part is social, economical and political life. And almost fulfil this democratic dream that we are all citizens, that we have the right to shape our societies and shape the countries that we live in.

– And the second aim?

– The second aim, I think, is the smaller one, which has to, perhaps, remind people of their shared rights as Europeans. We have built this community over these years and with that I hope have come some fundamental freedoms and rights. I think this year will also be a reminder to European citizens that they should enjoy the common rights of freedom of movement, of social protection and so on.

– Yet you see, on one hand EU politicians apparently respect civil society, citizens, their rights and freedoms, but on the other hand at the same time they try to use more and more manipulation techniques in order to maintain their popularity. So there are two opposite worlds…

– I am sorry to say there is no civil society utopia in the world. Even in Europe in mature democracies many politicians fear too much citizenship, too much descent. And there is something inherent in every politician that wants them to control the space in which citizens can organise. So it ends up in tension between these fundamental rights – I would even say fundamental responsibilities of us as citizens to organise, to agitate, to demand. We can sometimes see desire of politicians to try to control that space. And unfortunately in many countries we see this tension that is becoming an explosion of citizens’ anxiety and anger; we have seen this for example in Ukraine.

– Of course, but we can see there propaganda rather than manipulation.

– Sure, sure! But it is a spectrum now that you want to have political debate; that most politicians want to have it within a certain set of parameters. And if I can understand that we have to see the limits of that and we want free speech, free assembly, we want free association. And we want a vibrant society that challenges political leaders when appropriate.

– You have lived in Australia for many years. Could you please compare the European and Australian politicians in terms of overusing marketing and persuasion methods?

– That is a good question. I think there is something about the Anglo-Saxon world: America, Australia and even Britain, where especially in the last few decades we have ended up in a very unhealthy space, where image matters more than substance. And what we call spin in English, has become so dominant and if you take someone like David Cameron, you know, he and the people around him spend a lot of time building up a particular image for his needs. I am worried that we have gone too far in that direction. So maybe in continental European countries we do not see as much of that. But then, on the other hand, you see a Sarkozy figure in France or even a new Danish Prime Minister. There is a cult of personality there as well. I suppose I am realistic to think that we want charismatic leaders who can carry the nation with them, but on the other hand we need them to be full of substance of real policy, of real commitment to the things they believe in, and not just the image they want to project.

– And for example comparing Australia and the UK – is it more less the same if we talk about political marketing?

– They are heading in the same direction in the sense of becoming more about the image and less about the substance. And in both countries I see the attention span of the elections somehow being withdrawing or reducing and so the people seem to see the sound bites and not the policy. That is a real challenge. I think Australia has a very healthy democratic debate, but like Britain it suffers from this two-party-phenomenon. And many former British colonies have inherited two major political parties; both have coalitions at the moment, but the third party is a very minor and insignificant. Whereas, I think on the continent there has been this healthier tradition of brand coalitions sometimes involving people from parties that don’t necessarily like each other. In Australia there has not been enough of that diversity, so the green movement coming up in the last election actually lost its share. There has been a movement to the right, which, you know, has happened in many countries around the world. So I would say this is a peculiar Anglo-Saxon phenomenon that has become very much about image that also suffers from this two-party problems. So the US for example, what happens in the US is depressing to me as you have two major political parties, who are at each other’s throats, disagreeing, now for the sake of disagree. And it is an unsustainable situation. So if you look in the history of the last 150 years of voting pattern in the US Congress, it has never been as divided as it is now. Because these political parties are two solid blocks without any room to move. Now it might mean that we see the end of the political party and it might be that the tea party movement in the US will break the Republican party. Could be. But it seems like we’ve got our souls in this country’s two-party systems, which are not reflective of the diversity of the political views.

– Do you think that social media or blogging are better ways of communication with electorate than traditional mass meeting e.g. on stadium?

– I am very excited about the democratisation of media. I think it allows more people to have their voice heard, it allows for greater interaction, so to use an example when in the old days you might have had one figure standing in a stadium and shouting, preaching or campaign. But now we can have that conversation. It’s not perfect; there are still power dynamics, there are still issues of whose voice gets heard but at least it is more democratic and more participatory. And this is, what I think, I am very excited, and this is a small drop in the ocean, this European Year of Citizens. But it comes to a time when I feel we are in, what I call, a participatory revolution: the technology and the media will allow us all, wherever in the world, to participate in new and creative ways in democratic life. And we are seeing the start of this. One of my big frustrations is that we built democratic systems, where we have convinced ourselves that democracy means voting once every three, four, five years and then staying silent, while the people who we elect go on about their business and run our countries. That is not good enough, for me that is not the meaning of what true democracy is. And so I think we are seeing the start of these processes we will see the next few years: more direct referendums, more direct democracy, more direct engagements, more participation and I hope the new generation of “digital natives” or whatever they are called, the people who are growing up on social media, who are not necessarily used to buying one newspaper and having all of their views given to them by one editorial team…

– So civil journalism can be a counterbalance to manipulation and limitation of objective journalistic reports?

– Yes, absolutely. I mean, Australia and Britain are horrendous examples of the dominance by a few of the media landscape, especially someone like Rupert Murdoch. It is unacceptable for a healthy democracy to have people’s channels of communication so tightly controlled by a few people with such vested interests. And so social bloggers, social media, whatever – I think it are going to start to disrupt, because people are fed up. This very good research in the UK said that, because we have such highly politicised newspapers in the UK, that people are cleverer than the editors think. The editors think that they can just keep publishing the same stuff about withered political line and people will just believe it. Whereas most research says that people know that there is an editorial line and political view of the paper. And they buy it, they read it, but they are also clever enough to understand it. But it is still unacceptable to me, because we need to be able to democratise even the channels of communication. And that is an important part of citizenship. You cannot be an active citizen unless you are informed citizen. You cannot be an informed citizen unless there is a genuinely free media will a diversity of views and you have choice. And it comes back to the choice – capitalism is built on a choice, democracy is built on a choice and some pass with narrow choices in the media or even in this two-party context I was saying about. Now I want my political views represented by…. I want to have a choice from a plethora of political views when it comes to the election. Not just one, two parties that I have to choose from.

– Thank you very much for the conversation.

Palace of the Grand Dukes of Lithuania, Vilnius

Dhananjayan Sivaguru („Danny”) Sriskandarajah is the Director-General of CIVICUS: World Alliance for Citizen Participation. He was also a Director General of the Royal Commonwealth Society, a 140-year-old NGO based in London. He was raised and educated in Australia, graduated from the University of Sydney and the University of Oxford.